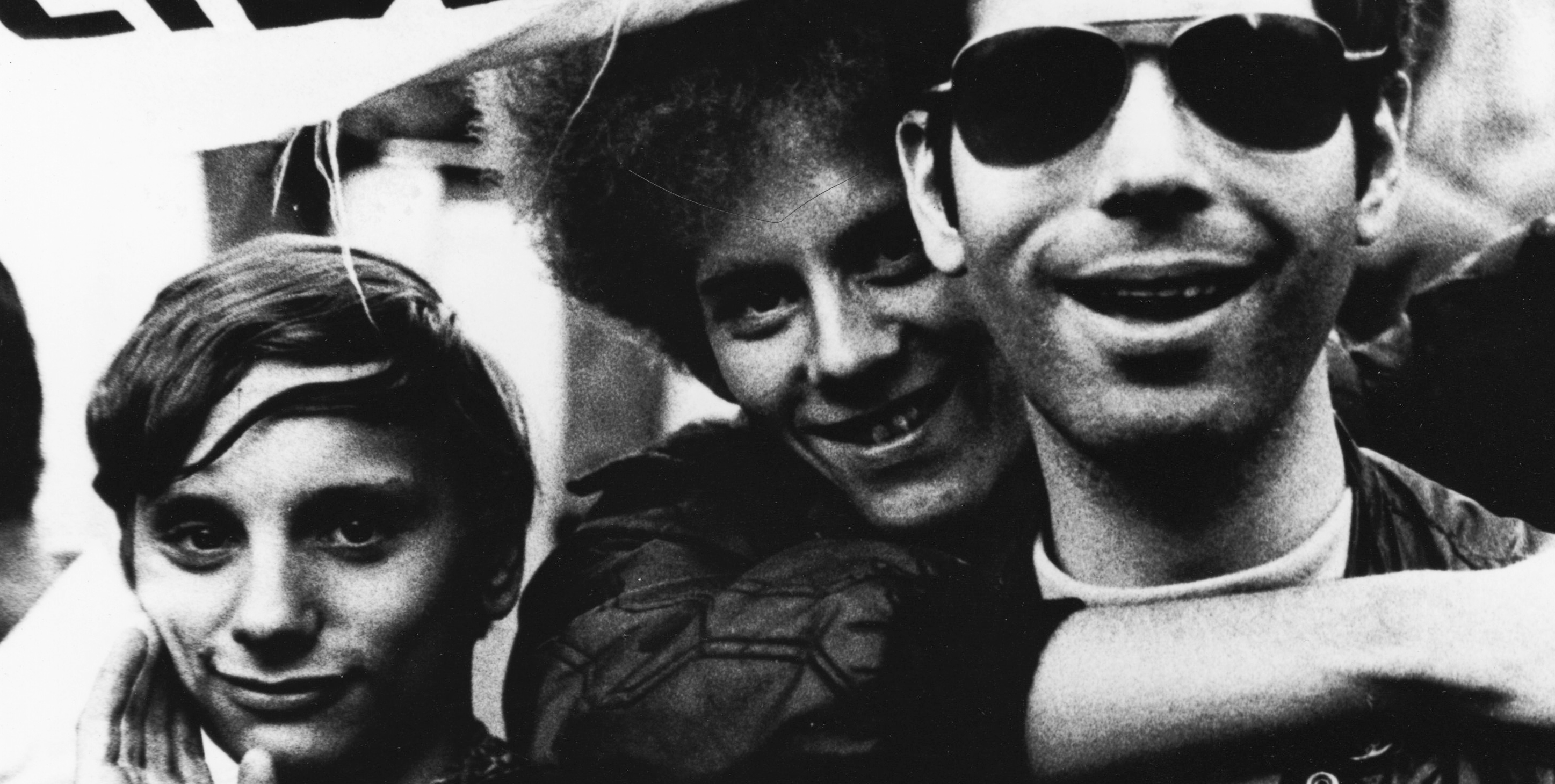 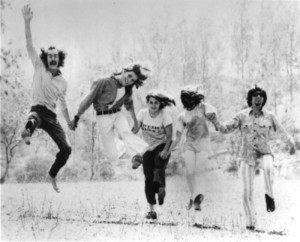 From Stonewall to Anita Bryant, to Oregon Measure 9 and “don’t ask, don’t tell,” the Gay Liberation movement has fought for equal rights in a climate of hatred, violence, intolerance, and discrimination. Out Rage ’69, produced, directed, and written by award-winning filmmaker Arthur Dong, is the first installment of The Question of Equality, a four-part film series that shows a multi-faceted history of the gay and lesbian civil rights movement.

The “69” in Out Rage ’69 refers to 1969 — a landmark year for social revolution. While the war in Vietnam escalated, so did the massive efforts of the anti-war movement, with protests raging on campuses across the country. The Black Panthers and the Young Lords took to the streets to fight for the liberation of people of color. It was the year of Woodstock and the Manson murders. While Neil Armstrong walked on the moon, the fight for sexual freedom and women’s liberation swept the nation. 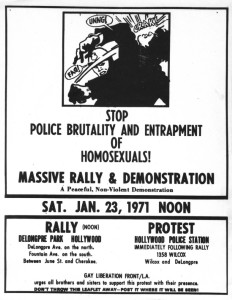 To be homosexual in the 1960s was to risk arrest. It was illegal to operate a business where gay people congregated. Consequently, organized crime controlled gay bars and police raids were frequent. It was during one of these raids, on the Stonewall Inn in Greenwich Village, New York, that the modern radical gay rights movement was born. On the eve of Judy Garland’s funeral in 1969, police stormed the Stonewall Inn and were met, for the first time, with resistance. A riot quickly ensued, spreading throughout Greenwich Village. Through archival footage and eyewitness testimony, Out Rage ’69 tells the story of Stonewall and the heady euphoria that swept throughout the gay community in its wake. 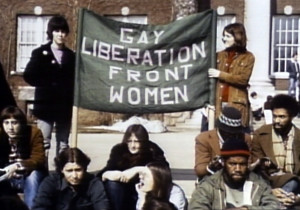 The movement spread like wildfire across the nation, with Gay Liberation Front (GLF) chapters sprouting in cities across the nation, bringing issues of gay and lesbian rights into the national consciousness. But because of the enormous diversity of the gay and lesbian population, rifts began splintering the movement around the issues of gender, class, race, ethnicity, and politics. Put off by GLF’s support of social groups with different agendas (like the Black Panthers), the Gay Activist Alliance (GAA) was formed to focus activism exclusively on lesbian and gay issues. Many women, disenchanted by the predominantly male agenda of GAA, formed other groups such as Radicalesbians and Salsa Soul Sisters. As Candice Boyce, an early lesbian activist, recalls, “[The men] weren’t conscious of the oppression of blacks and Latino and Asian people or women. This was no new fight for us.”

Working within the democratic system, the gay rights movement secured limited protective legislation. With the end of the Vietnam war and their growing social power, many gay activists began to relax their efforts and revel in the ’70s, when sexual freedom exploded to the pounding beat of disco.

The tide turned in 1977 when Anita Bryant launched her national anti-gay campaign, “Save Our Children.” Her bid to destroy legislative protection for gay and lesbian citizens struck a chord with many conservative Americans uncomfortable with the country’s rising levels of tolerance. Bryant’s campaign succeeded, marking the beginning of a visible and organized anti-gay movement as similar efforts surfaced across the country. Refusing to crawl back into the closet, activists rose up in even greater numbers, putting aside internal strife.

As Karla Jay says, “We see that we are many different communities, races, classes, all different interests. But the people who hate us see us all as one lump — they see us just as those dykes and fags and that’s why, on some level, we’ll always have to stick together and we’ll always have to fight together.” 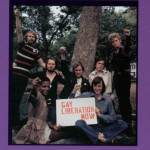 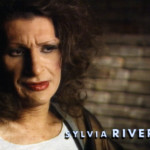 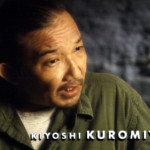 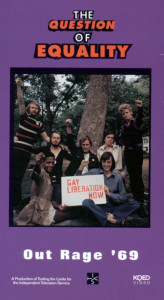 This title is out of print.

Dong shows how the 1969 Stonewall riots in New York City radicalized gays and lesbians, but he also brilliantly exposes the self-consuming process that has eroded seemingly every American leftist grass-roots movement. Factions of white, middle-class men faced off against other factions of anarchists, minorities and women who felt shut out. Group-think corroded collective interests, and film of a bitter gay pride rally in 1973 shows an ugly low point in recent gay and lesbian history … This is gutsy, honest history.

Producer-director-writer Arthur Dong does a brillant job in part 1, Out Rage ’69, presenting the social and historical background that led to the current movement. Both straight and gay viewers acquire a new, broader perspective on the conditions that made gays and lesbians determined to achieve equality.

Out Rage ’69 of course refers to the celebrated Stonewall riot, when a police raid on a Greenwich Village bar brought five nights of demonstrations. The pictures, although familiar by now, are still strong and sometimes funny. One participant tells of New York City’s tactical police being confronted by a high-kicking line of demonstrators: “We are the Stonewall girls. We wear our hair in curls.”

In Out Rage ’69 Arthur Dong crafts a superb chronicle of the birth pangs of the gay and lesbian civil rights movement. Via stunning news clips and film footage, Dong argues persuasively that the civil rights and antiwar efforts of the ’60s were used as organizational models for gay and lesbian mobilization.

[S]ometimes sad, sometimes wearying, often inspiring … Out Rage ’69 describes the undercover lives of gays and lesbians as they slipped into anonymous bars and hid from vice cops, presented straight facades or accepted conformity. Reagan’s 1967 “I happen to subscribe to the belief that it is a tragic illness” melds into Anita Bryant’s 1977 virulent anti-gay stance.

Out Rage ’69 makes no attempt to candy-coat the fact that we were often our own worst enemies, letting ourselves be divided by issues of our diverse classes, races, sexes, margins and centers, etc., when these should have been our unifying factors. At the same time, it is not bitter, allowing for the fact that the movement was just coming to the fore and that we, like young siblings growing up together in a small house, had a lot to learn about each other’s needs.