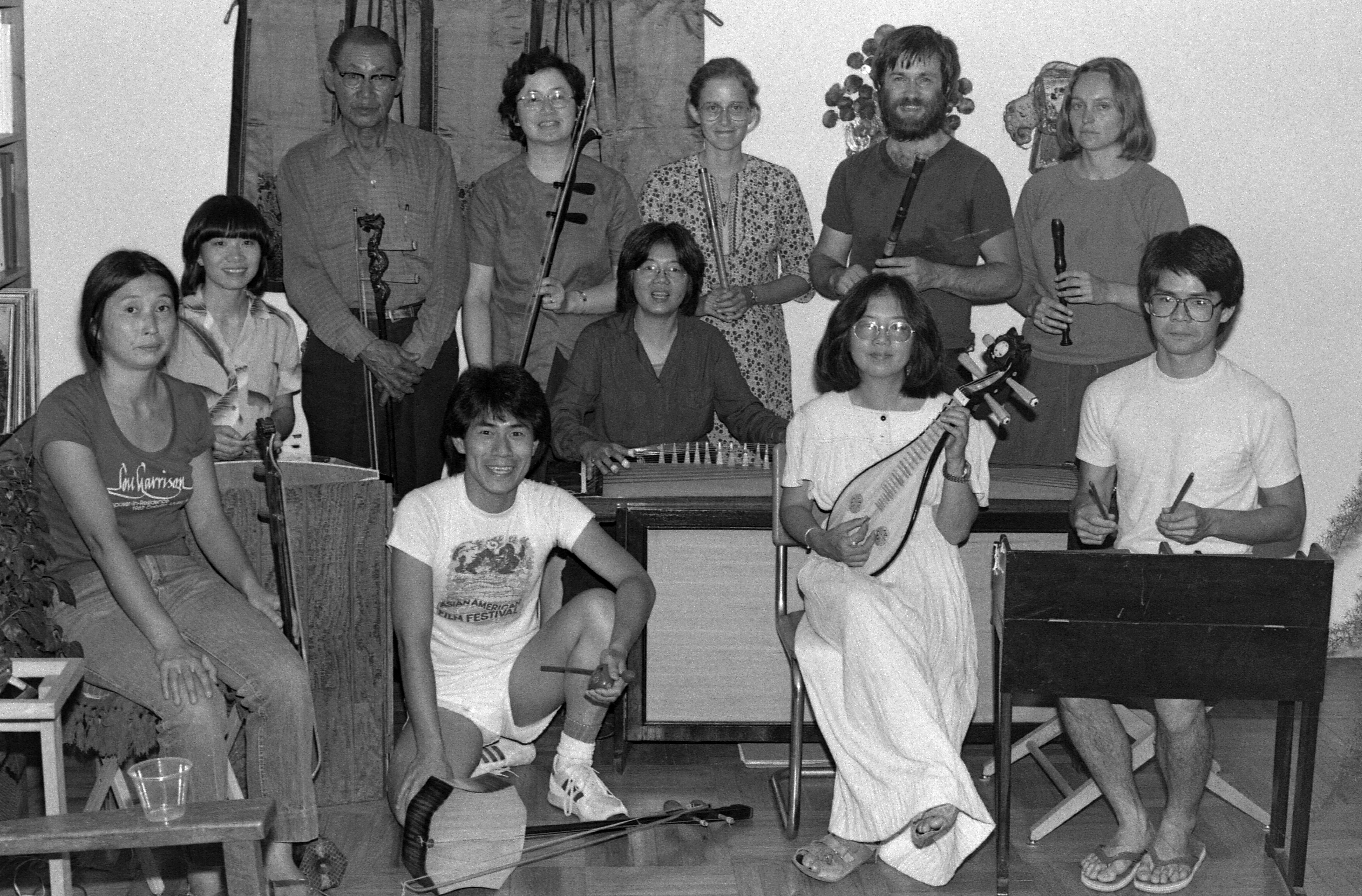 Arthur Dong put his affection for Chinese music into practice when he joined the Flowing Stream Ensemble, performing from 1977-1984. Amid rising calls for multidisciplinary approaches to ethnic diversity, the Flowing Stream Ensemble was established in 1972 by sisters Betty and Shirley Wong, classically-trained faculty members at San Francisco’s Community Music Center. They initiated Chinese music lessons at the CMC, where Dong learned the butterfly harp (yang qin/hammered dulcimer) and zheng (guzheng/zither) under their tutelage. He then furthered his butterfly harp skills through a mentorship with Leo Lew, a master folk musician from Toisan who served as the ensemble’s music director and guiding spirit.

Incorporating a multicultural perspective that blended traditional, contemporary, and Western approaches, the Flowing Stream Ensemble was a welcomed attraction at numerous events in the San Francisco Bay Area. “The diverse backgrounds of its members give the Ensemble its own distinct flavor,” wrote Vicky Seid in East Wind Magazine (vol. 3, no. 1, 1984). “As a performer, Betty [Wong] feels that playing to different audiences who acknowledge Chinese music as legitimate music is important. The Flowing Stream Ensemble was one of the first groups to play [Chinese music] outside of Chinatown.”

Among the Ensemble’s performance highlights were a California state dinner for China’s then Premiere Zhao Ziyang at the St. Francis Hotel, and a reception for Lily Chin at the Asian Americans for Justice fundraiser, “Justice for Vincent Chin”. Concert venues have included the Asian Art Museum, Center for World Music at Fort Mason, Centro Cultural de la Mission (Mission Cultural Center), Chinese Cultural Center, East Bay Center for the Performing Arts, Festival of the Sea at the National Maritime Museum, Hertz Hall at UC Berkeley, Intersection for the Arts, Mills College, and Stanford University.

In 1981, Dong directed Living Music for Golden Mountains, a documentary about his mentor Leo Lew (poster below). Mr. Lew returned to China in 1983, and Dong performed his final concerts with the Flowing Stream Ensemble in 1984 before moving to Los Angeles to continue his film studies at the American Film Institute. 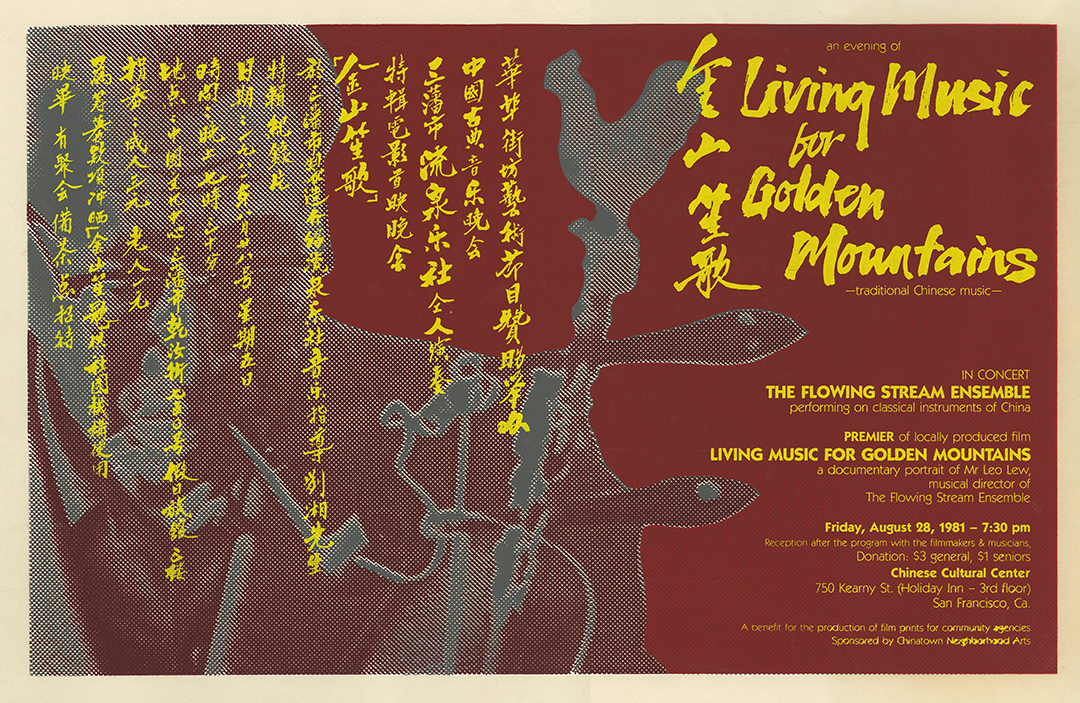 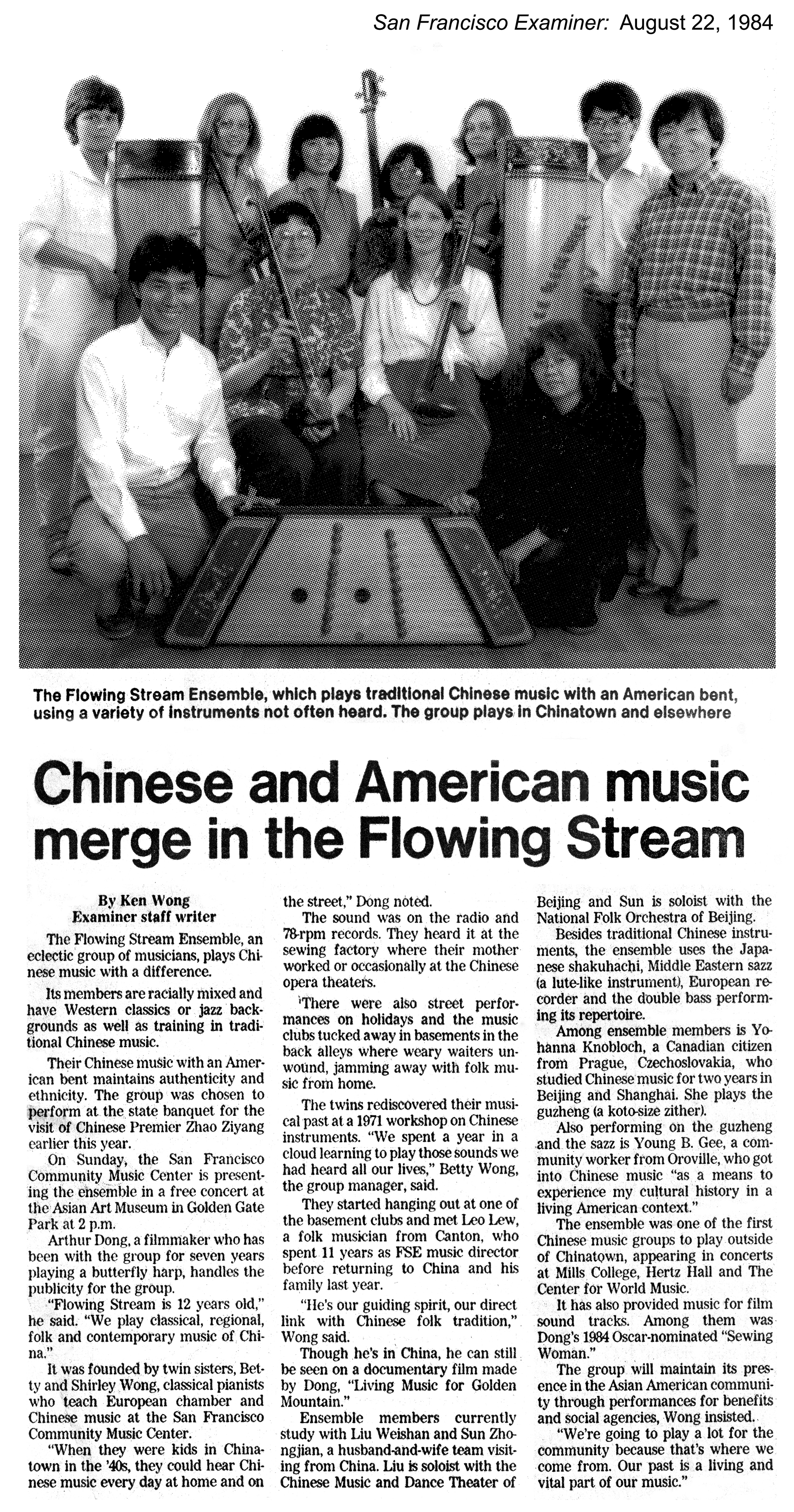 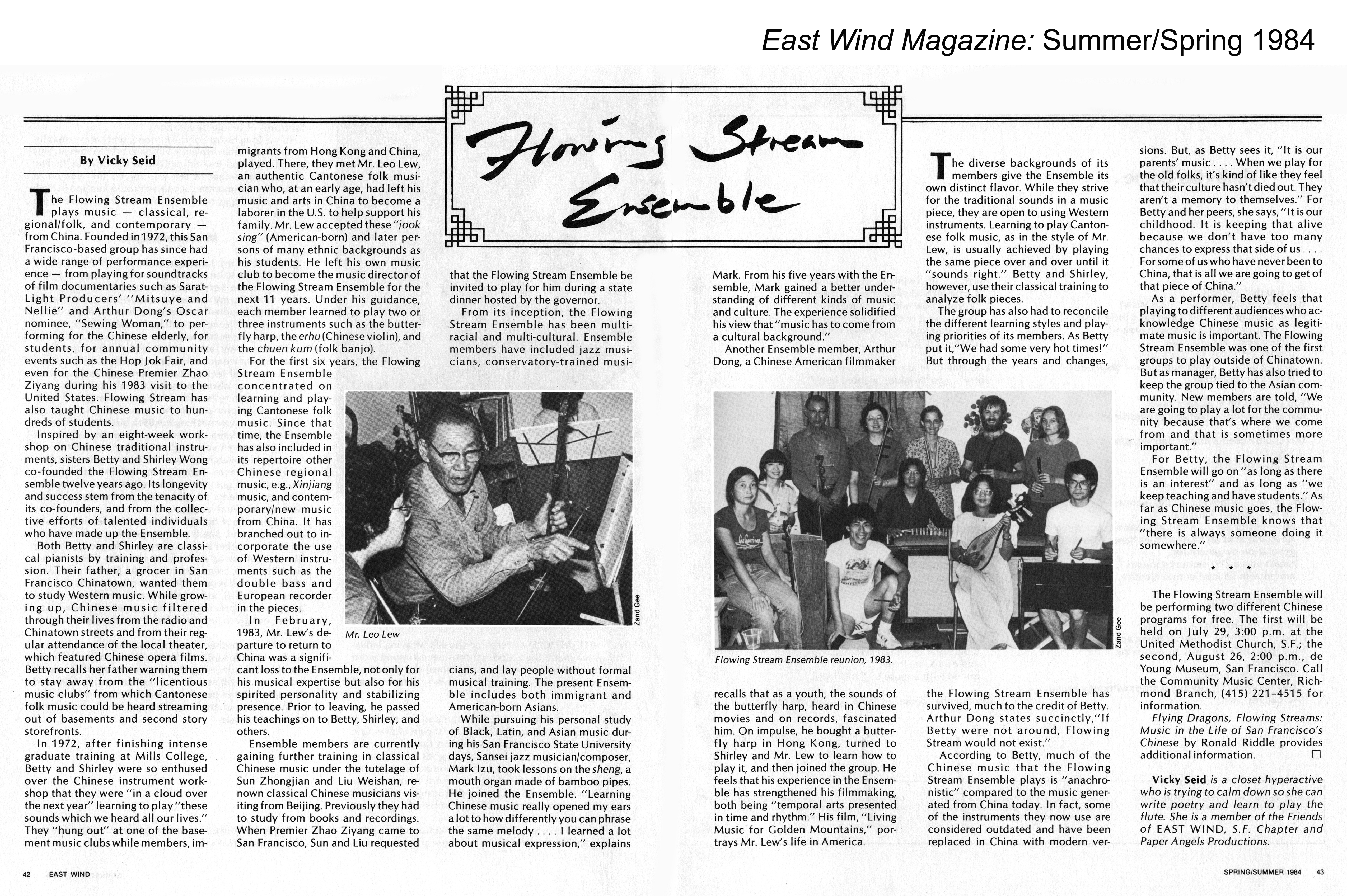 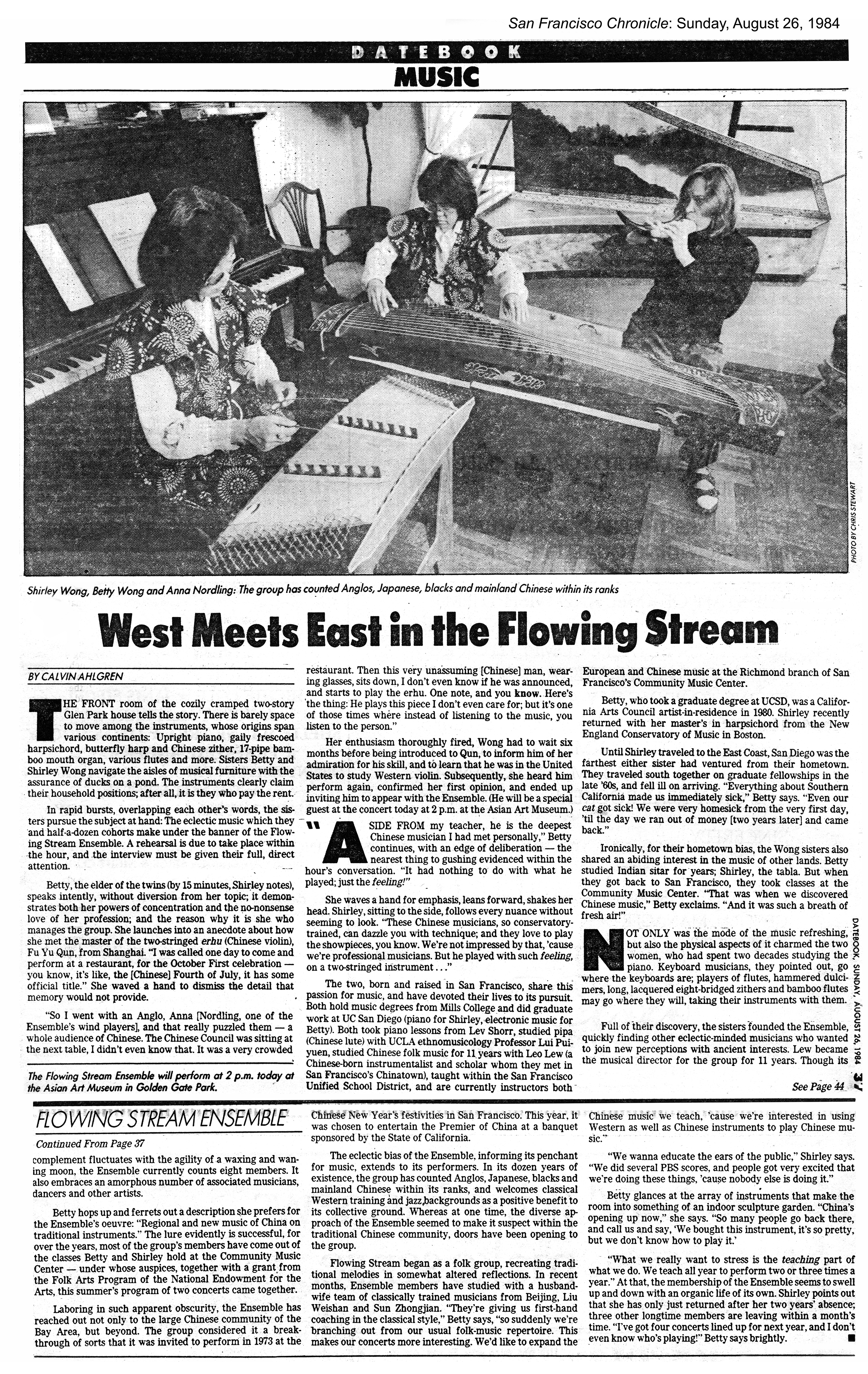