Instantly watch these titles from any internet-able device worldwide. As low as $1.95 per title for unlimited viewings within a 24-hour period. WATCH NOW: http://vimeo.com/channels/arthurdongfilms 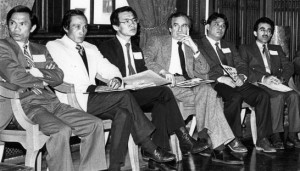 Poppy McPherson reports: “When he accepted his Academy Award for The Killing Fields in 1985, actor and Khmer Rouge survivor Haing Ngor said: ‘This is unbelievable, but so is my whole life.’ Now, nearly three decades later, a documentary film will bring that strange and sad story to the screen. Directed by Chinese-American filmmaker Arthur Dong, The Killing Fields of Dr Haing S. Ngor is expected to be released next autumn.” Read the full article. 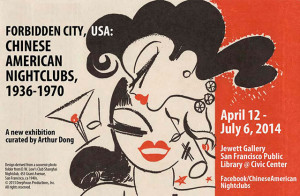 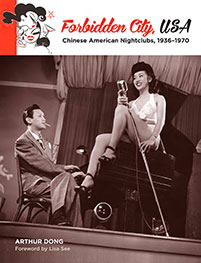 Forbidden City, U.S.A.: Chinese American Nightclubs, 1936-1970 captures the magic and glamour of the Chinese American nightclub scene, which peaked in San Francisco during World War II. Previously unpublished personal stories, along with over four hundred stunning images and rare artifacts, are presented in this sexy and insightful chronicle of Asian American performers who defied racial and cultural barriers to pursue their showbiz dreams. 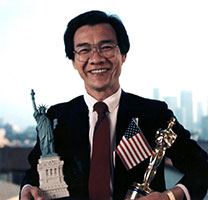 The Dr. Haing S. Ngor documentary has been awarded a production grant from the National Endowment of the Humanities. “This award, along with previous support, encourages us to acknowledge that Dr. Ngor’s story is timeless and a chapter of contemporary history that speaks to us today. The NEH grant will bring our documentary to completion – we plan to finish up by the end of 2014!” said producer Arthur Dong. NEH press release:http://www.neh.gov/news/press-release/2013-12-02.

The Killing Fields of Dr. Haing S. Ngor, a new film from Arthur Dong, is now under way for a Fall 2014 release. The feature-length documentary will examine the period before, during, and after the Khmer Rouge’s tyrannical rule over Cambodia as seen through the eyes of Dr. Haing S. Ngor. Dr. Ngor escaped to America and recreated his years of captivity in The Killing Fields, winning an Oscar® for his first film. He became the de facto worldwide ambassador for truth and justice in his homeland, only to be gunned down in Chinatown Los Angeles – a case still muddled with transnational conspiracy theories. Visit the website and follow the progress on Facebook.